Article 1: Definitions
These terms and conditions include:
1. Terms and Conditions: The present terms and conditions.
2. Other party: The natural or legal person with which Treb has entered into an agreement or is negotiating.
3. Parties: Treb Horecalinnen, Aristoteleslaan 123, 1277 AR HUIZEN, to be referred to as Treb, and the natural or legal person who have concluded or negotiated an agreement.

Article 5: Completion of the agreement
1. Agreements are entered into online on the acceptance of these terms
2. The issue of an offer, price quotation, budget, preliminary calculation or similar announcement shall not be binding on Treb until the conclusion of an agreement with the other party.

Article 8: Duration of the agreement
1. Unless otherwise agreed, agreements shall be unilateral
Entered into.

Article 9: Termination, dissolution and termination of the agreement
1. A termination of an agreement requires proof of online termination. The cancellation by the client must be done no later than 30 minutes after the closing agreement.
2. Interim termination or termination of the agreement is only possible if either party fails to fulfill its obligations under the agreement. If, in the opinion of one of the parties, the other party fails to report a loss, it shall immediately inform the other party by email. The defaulting party will then be given the opportunity for 14 days to be properly met. If the defaulting party remains in default during this period, the agreement may be terminated in whole or in part, or dissolved, unless such shortcoming, due to its particular nature or minor significance, does not justify this termination or dissolution with its consequences.
3. A cancellation or cancellation is in any case not justified in case of:
- minor or non-avoidable differences in quality, color, formatting and the like as well as shrinkage;
- damage caused by displacement or suspension of mechanical devices, insofar as Treb has observed all normal precautions;
- damage resulting from disassembly of goods or mechanical devices;
- Damage caused by incorrect information from the other party.

4. The agreement ends without prior notice:
1. If one of the parties, acting as a natural person or in the name of a sole proprietorship BV, dies;
2. In case of termination, liquidation and at the time of application for payment of payment or bankruptcy of either party.

Article 10: Payment, settlement, security
1. If the other party disagrees with the invoiced amount, he shall notify Treb thereof without delay, but not later than the 7-day payment period, in writing of which the other party is deemed to be in agreement with the invoiced amount.
2. If the payment period is exceeded, the other party is in default without the need for a prior notice or warning. In case of any overrun of the payment period, the other party is liable for the overdue amount, which is equal to the current promissory note on an annualized basis, plus an additional 2 percentage points. The interest rate is calculated per day, a part of the day as a whole day.
3. Any overrun of the payment period gives Treb the right to suspend its obligations to the other party immediately and without prior written notice.
4. In the case of non-payment or non-timely payment, the other party, in addition to the amount due and interest accrued thereon, is held for a full remuneration of both extrajudicial and judicial collection costs, including costs for lawyers, doorkeepers and debt collection agencies. With a minimum of € 300.00 for each month, payments are left out.
5. Any remuneration of the other party, for any reason whatsoever, shall be excluded. The payments made by the other party consist primarily of settling the interest and costs due and then of the oldest unpaid bills, even if the other party mentions that compliance relates to a later invoice.
6. The other party is obliged to provide security at Treb`s first request or to supplement existing collateral to ensure compliance with its payment obligations under the agreement.
7. Payments are possible by means of Ideal (preferred), credit card, Paypal and on invoice basis.

Article 11: Liability
1. Treb is not liable for any loss or damage suffered by the other party or third parties, of any nature or extent, associated with or resulting from compliance or failure to comply with the agreement, unless there is any intention Or gross debt.
2. If and in so far as Treb appears to be liable to the other party for any reason whatsoever, this liability per loss / event is limited to the amount due to this liability under the terms of the policy by the insurer of Treb is paid out. A series of correlated damage cases / events are hereby considered as one loss case / event. In the absence of such insurance on behalf of Treb, the liability as contemplated in this paragraph is limited to at most the equivalent of the agreed performance (excluding VAT).
3. If Treb is held liable by any third party for any damage for which it is not liable under the agreement with the other party or these terms, the other party will fully indemnify it.
4 The other party will manage Treb`s goods that he receives as part of the performance of the agreement as a good father in law and carries all the risks involved in these matters. The other party may, if desired, provide insurance for those risks and, in respect of Treb, is liable for loss and damage to those goods for any reason whatsoever.

Article 13: Force majeure
1. In addition to the provisions of Articles 9 and 11 of these Terms, Treb`s deficiencies, which are not due to its debt and neither due to law, legal act or in the public interest, shall not entitle the other party to Termination of the agreement or compensation.
2. Under the circumstances referred to in the preceding paragraph, in any case, malfunctions, work strikes, unions` actions, absenteeism of Treb`s staff, malfunctions or restrictions on the supply of energy and material supply, barriers to transport, fire, explosion, molest Vandalism, mobilization, riots, war, export restrictions as well as any other measure of government that obstructs or obstructs the performance of the agreement, frost, storm or unworkable weather, floods, any third-party impediment, which, at the request of Treb- Involved in the execution of the agreement, shortcomings of helpless persons, machine failure and total or partial abandonment of goods necessary for the execution of the agreement and other accidents. This also applies to the companies that Treb has engaged in implementing the agreement.

Article 14: Ownership of Treb
1. All Treb delivered goods remain owned by Treb until paid.
2. The other party is not permitted to alienate delivered goods in any way, by making any objections to objections in the context of collateral to be provided to third parties, further lease or otherwise brought into power by third parties.
3. In use given or. Leased goods are deemed to remain moving.

Article 15: Insurance
1. The other party is obliged to fully insure the goods delivered by Treb against the risks of fire, theft and water damage.

Article 16: Disputes
1. In all disputes between parties, the Arrondissementsrechtbank is entitled to the Treb branch.
2. By way of derogation from the provisions of the preceding paragraph, in cases where there is a dispute about the quality of the goods leased by Treb to the other party or the treatment of goods delivered by the other party, a binding opinion will be given in The form of a report by a specialist desk.

Article 17: Applicable law
Dutch law is applicable to the legal relationship between Treb and the other party. 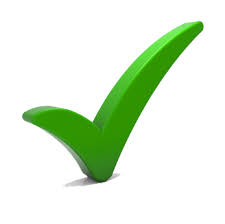 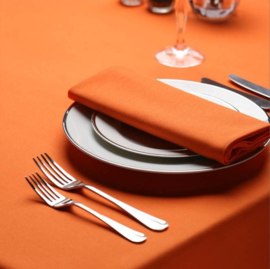 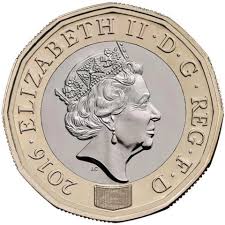